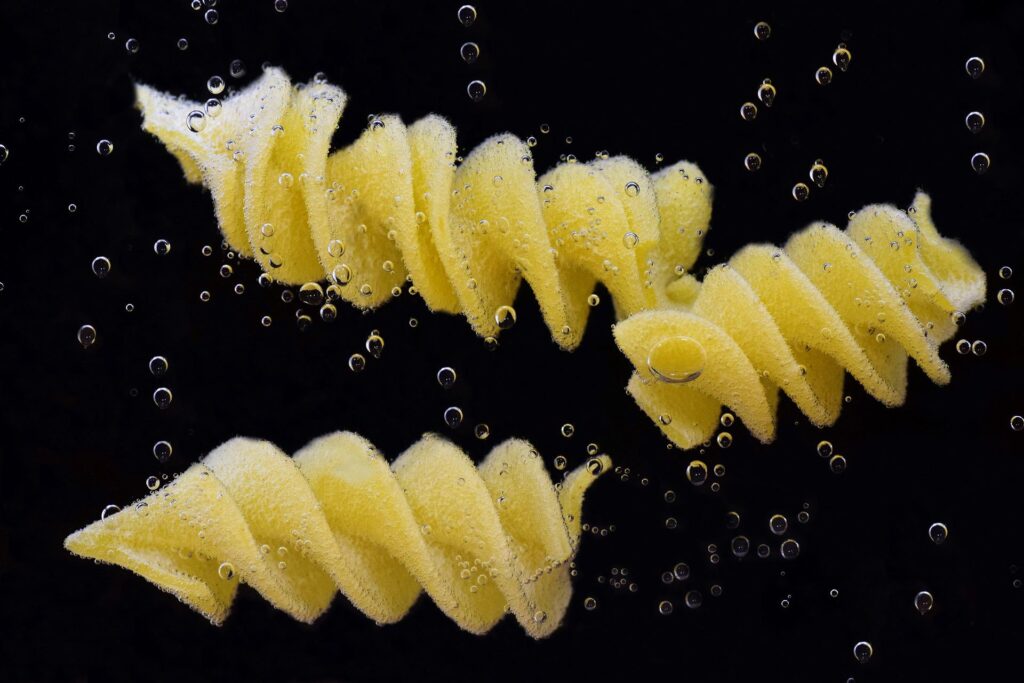 Effect of an unconventional processing technology on the structure and digestibility of pasta starch.

Even though pasta plays an important role in human nutrition, its organoleptic, structural and bromatologic properties have not been completely studied yet. The objective of a recent study, carried out by a group of Italian researchers (Gaddi et al., 2021), was to compare the ultra-structure of pasta cross-sections produced with an unconventional processing technology (i.e. with reduced mechanical stress and low heat exposure) with that of samples obtained with a conventional process.

In particular,  a comparative study was performed on the ultrastructure of  88 samples of pasta (including tagliatelle, strozzapreti and rigatoni) using scanning electron microscopy (S.E.M). According to an Index based on what was observed with the S.E.M. Scan, it was possible to classify pasta samples according to the number of grains, caves and canals visible, their dimensions in μm and average size of grains.

The results demonstrate that the numbers and dimensions are generally higher in samples prepared with the unconventional method than those obtained with traditional technique. Consequently, the product obtained by working at reduced mechanical stress and low temperature allows a better penetration not only of water during cooking, facilitating also the penetration of pancreatic amylase during digestion. In summary, the study demonstrates that, by changing the conventional processing technology, it is possible to modulate the quality of pasta, suggesting a better digestibility in pasta produced according to this modified technology.

Pasta made exclusively from legume flour has a high nutritional potential as it is rich in proteins and gluten-free. However, the hydration and mixing phases of these mixtures cause the formation of sticky and gummy dough lumps, due to irreversible agglomeration phenomena of the particles, making them unsuitable for processing in traditional pasta extruders.

In order to overcome this limitation, a recent study carried out by a group of French researchers (Laleg et al., 2021), tested the possibility of changing the mixing conditions, including mixing temperature, addition of antioxidants, and flour pretreatment. The samples used for the tests were based on lentil flours.

According to the study, the agglomeration of particles involves a biochemical red-ox phenomenon, notably the action of the lipoxygenase on legume flours. The results show that such agglomeration can be delayed or even avoided with the use of low temperature mixing (12-14°C) or a thermal pretreatment of legume flours (at 90°C for 60 min).

In conclusion, the results obtained can be usefully used by the sector’s industry to allow an adequate processing of pasta based on legume flour, without drastically changing traditional pasta processing. Among the proposed strategies, the authors suggest that low temperature mixing should be preferred to flour heat pretreatment, as it makes legume pasta more resistant to cooking.