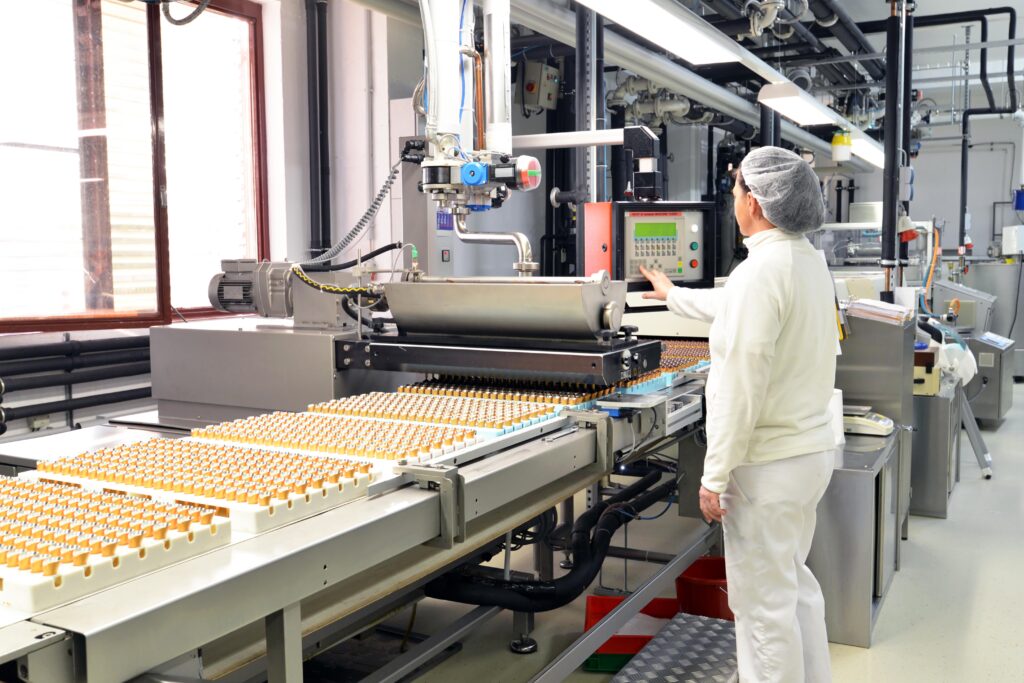 The pasta factories avail themselves of modern machines that allow them to have the entire production line under control. These plants are increasingly fast, precise, modular, and easy to clean; they allow excellent products to be obtained, even from semolina with low protein content.

Italians consume about 23.1 kg of pasta per head per year, which corresponds to a total production of 3,890,467 tonnes of product, according to the Italian Food Union – Pasta Sector, an association in Italy for direct representation of food product categories and among the first in Europe, which also gives consumption figures in some countries of the world.

Pasta is obtained by transforming flour and water into a homogenous dough characterised by its own shape; fresh pasta can be stabilised by drying to obtain dry pasta. It is obtained by the drawing, rolling and drying of prepared doughs of durum wheat semolina or semolina and water (L. 580/67 and L. 440/71). The legal provisions laid down in Italy do not apply to products legally manufactured and marketed in other EU countries, introduced and put on sale in the national territory (Art. 48 L. 128/98).

The production phases of alimentary pasta foresee first of all sieving, to eliminate impurities and the larger semolina grains that would not sufficiently hydrate to produce white spots in the finished product. The dosage of the ingredients and the temperature of the water mixed with the semolina at 38-40°C are crucial for the final quality of the pasta.

The ingredients are mixed in a pre-mixer, conveyed to the kneading which initially takes place at atmospheric pressure and then continues under vacuum, in order to avoid bubbles and excessive oxidation of the carotenoid pigments. The starch hydrates and forms the glutinic lattice, which can absorb up to 200% of its weight. Several parameters are important for this: with large semolina particles, absorption is slower; with a high protein percentage, water absorption is higher; if the temperature is cold, there is less swelling. 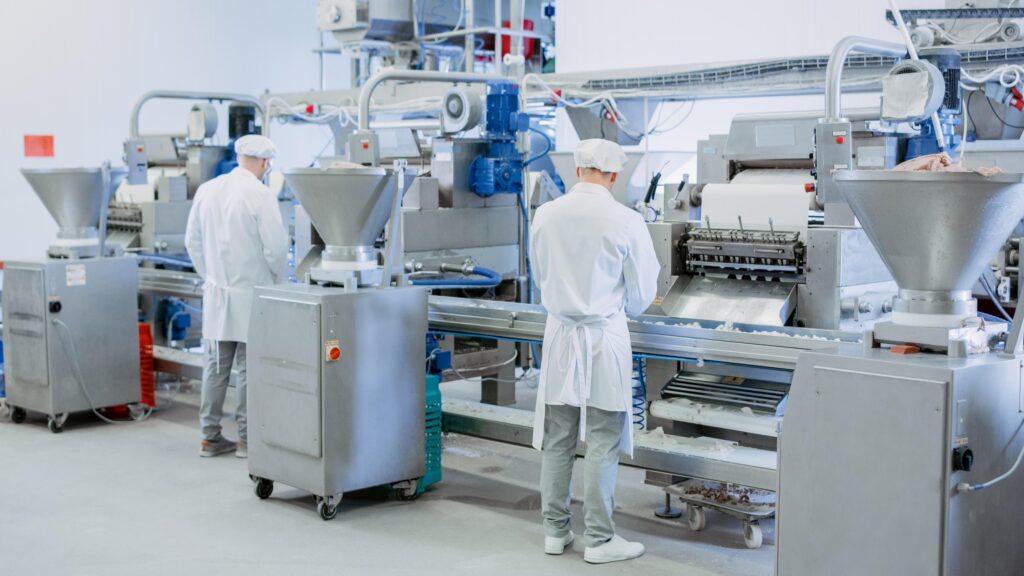 A dough with 30-32% moisture content and a temperature below 50°C is obtained. Vacuum kneading is used to eliminate the air that would make the surface greyish, opaque and with bubbles. Before going to the extruder, the dough passes through a filter that retains the impurities and stops the lumps. The dies can have bronze surface holes for a rough, yellow dough surface or Teflon holes for a bright, smooth, yellow dough.

The bronze dies have fewer holes and therefore a lower productivity, the dough is wetter making pre-drying more critical because the dough is susceptible to deformation. In Teflon dies, the holes are more numerous and the dough is drier. It is important to emphasise that the material of the holes in the dies does not affect the quality during cooking, but rough dough retains the sauce better, while smooth dough does not.

The extrusion parameters of the pasta, i.e. humidity, temperature, pressure and speed, affect the final quality of the product, both due to the thermal rise of the pasta and the changes in the protein lattice. The hot (48-50°C) and soft (29-33% water) dough is hit by a flow of hot air, which creates the so-called wrapping and prevents the products from becoming sticky. The final moisture content of the dough must be less than 12.5% by law.

Drying must be homogeneous between the surface and the interior to avoid later breakage. There is usually a pre-drying (from 30 to 18% H2O), tempering breaks and a final drying. In the past, drying was only conducted at low temperature (Low Temperature), i.e. at an almost constant temperature of 50-55°C. Today, the prevailing trend is to vary the temperature during the process, using high or very high temperature cycles, which reduce the treatment times (3-4 hours for long pasta and 3-4 hours for short pasta) and the necessary spaces.

Drying takes place in continuous tunnel dryers, an insulated environment developed along several levels, in which the pasta moves automatically. In small pasta factories, static dryers are used, where the short pasta is placed on synthetic or metal mesh frames and stacked on trolleys, while the long pasta is stacked on sticks. In continuous driers, the set temperature, humidity and ventilation parameters change according to specific drying diagrams. The system is controlled by thermal and hygrometric probes present in the various sectors and constantly monitored.

The drying steps are interspersed with tempering steps, in which the pasta is not subject to ventilation, in order to rebalance the moisture of the product. Moisture from the inside, in fact, reaches the surface and then is immediately removed. The technologies that exploit the high and very high temperatures have reduced production times, increased processing speed, more compact lines and lower costs, greater hygienic guarantees, especially when it comes to egg pasta, better physical properties and cooking quality. 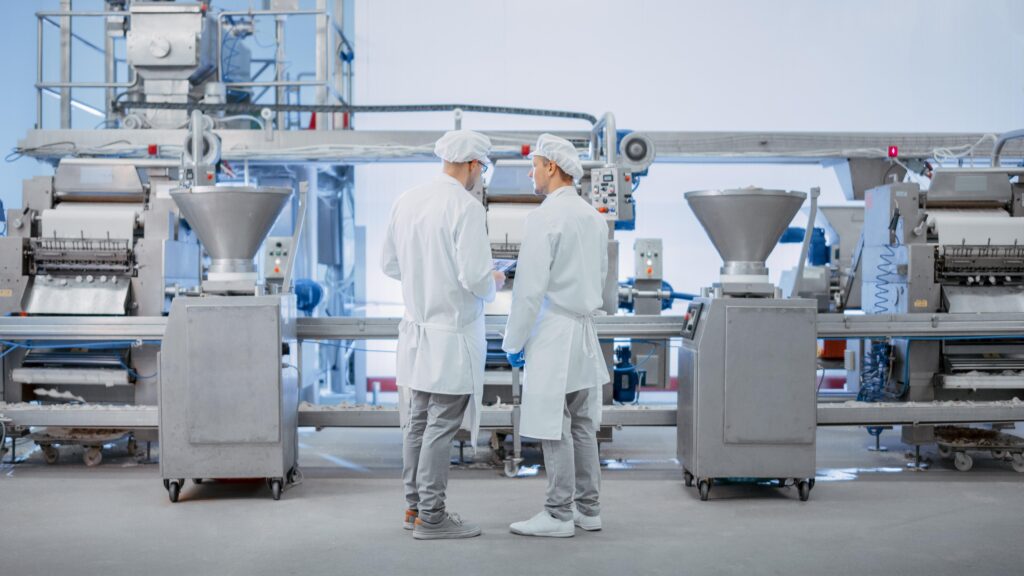 The use of vacuum and very high temperatures

Compared to static dryers, dynamic ones provide a homogeneously dried product, which means also a better product quality. The variables to be checked during the drying of pasta are the temperature and humidity of air and product, and the speed of air. During pre-drying, the water is extracted from the product faster than in the rest of the process, to prevent it from deforming. In continuous automatic lines, the pre-drying can be separated from the dryer or take place in a special section of the same. Once the water has been removed from the pasta, the moist and cooled air, in order to be reused, must be humidified and then brought back to the temperature intended for heating the product.

Drying at low temperatures requires excellent raw material quality for the success of the process. The drying in different climatic zones and the application of vacuum, on the other hand, allow to obtain good pasta also using flours with low protein contents. The vacuum, in fact, causes the semolina to have a more homogeneous hydration and consequently fewer defects. It also allows better gluten formation and  a lowering of the temperature of semolina during the mixing and extrusion phases, due to evaporation.

The vacuum blocks the enzyme polyphenoloxidase (PPO) responsible for the oxidation of phenolic compounds, which give colour to the semolina, such as carotenoids and flavonoids. The result is a compact and shiny paste. Even the use of very high temperatures in the drying process positively influences the quality of pasta, regardless of the quality of semolina. This is due to the transformation of protein chains reaching the coagulation temperature, which blocks the bonds  maximizing the binding capacity.

Modern dryers are versatile, with lower energy consumption and high production efficiency, also thanks to the greater precision of the working parameters of the whole line. The continuous control of hygrometric conditions and the rapid rise and fall in temperature allow to maximize the extraction of air. Cooling takes place with naturally cooled air or by batteries supplied with cold water. Flat coolers are used that provide for the development of the conveyor belts in length or in vertical spiral. The cooler can be combined with the deep-freeze treatment; in this case the machine will be divided into treatment zones, each individually insulated to prevent the heat transfer.

The production of gluten-free pasta is a well-established reality. Initially it was dry drawn pasta, now there are also fresh products on the market with or without filling, thanks to the greater spread of premixed raw materials. The mixture of water with rice flour, corn, buckwheat, plus several additives can be subjected to two different technologies. One involves the use of pre-cooked flour, while the other uses raw materials, with pre-gelatization systems.

The use of pre-cooked flours reduces the sensation of “gumminess” typical of preparations containing a high amount of back-graded starches; it allows to prepare pasta with reduced drawing thicknesses similar to those of the traditional product, and to increase the elasticity to produce more difficult shapes, even for filled pasta. In addition, with this technology the emulsifying substances, such as eggs, are minimised.

In the case of raw materials, the dough must be pre-cooked, either in a basin or on a belt, to ensure that the heat and humidity are evenly distributed before passing through the extruder, and that the dough has the right degree of gelatinization. Since the cost of the plant is higher, this technology is suitable for large companies.

Manufacturers of pasta production equipment offer versatile molding units with quick format change, capable of producing fresh filled pasta similar to the artisanal one. The format change-over can be carried out by replacing the entire central unit and the one for loading the filling. The complete replacement allows easier cleaning of the whole unit. Even the amount of scraps has been reduced over time, allowing top exploitation of the dough. The scraps produced are reused in the dough.

Volumetric filling of mixed products with pieces and pasty