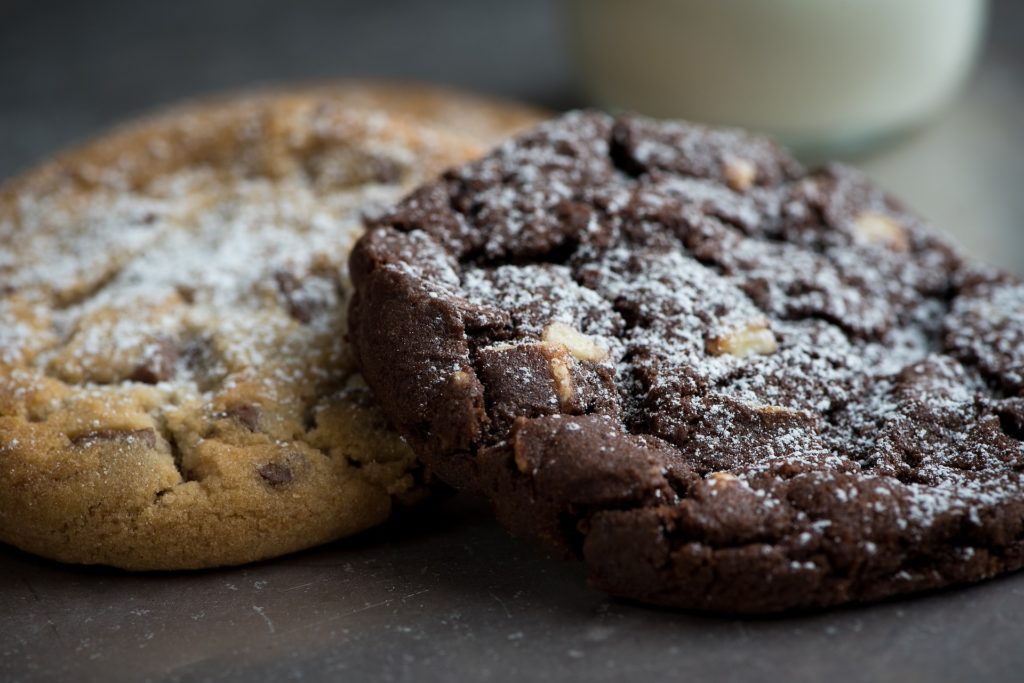 Analysis of the distribution of water within a biscuit during cooling: Effects on the product structural stability.

The formation of cracks, and the consequent breakage of cereal-based products, such as biscuits, represents a problem for the involved industry. Generally, this phenomenon occurs quickly after the cooling of the food product. In this respect, a recent study conducted by a group of French researchers (Marion et al., 2019), proposed a new approach to analyse this phenomenon, providing useful information.

In particular, the method is based on accurate measurements of humidity and temperature during the post-baking cooling of biscuits and their subsequent storage. For the test two types of samples were used based on wheat flour: a rectangular (ReB), and a round one (Rob). The results indicate that the RoB biscuits show cracks within the first 24 hours of storage, while on ReB biscuits the cracks appeared only after 28 days of storage.

The authors ascribe this result to the fact that distribution of water inside the ReB samples is more uniform than in RoB samples. This confirms that the formation of cracks is linked to the presence of water gradients in the product. To mitigate the triggering of this phenomenon, finally, the study suggests different strategies as, for example, the application of a thermal treatment for complete the drying of the biscuits (microwave systems or radio frequencies).

Use of laser backscattering imaging as a non-destructive biscuits quality control system.

The improvement and enhancement of food processing technologies require effective control systems to ensure high quality and safety standards. A recent study conducted by a group of Spanish researchers (S. Verdú et al., 2019), proposed the use of image analysis (laser backscattering ) for the non-destructive assessment of the effect of fibre enrichment on the physico-chemical and sensory properties of wheat flour biscuits.

Fibres were added at variable levels (5-20% w/w). In particular, the impact on the physio-chemical and sensory properties of biscuits was characterized with conventional test methods and from the interaction of a laser with dough/finished product. The results indicate that the last analysis offers different but complementary information about, according to the matrix: relating to the variance produced by fibre enrichment for doughs, and the variance generated by heat treatment for the finished product.

Moreover, it has been observed that by combining both information blocks it is possible to predict with good approximation the physio-chemical and sensory properties of biscuits. In conclusion, the authors argue that, although further investigation is necessary to evaluate the performance of this technique with a wider variety of formulations, the results so far obtained are very promising for the development of new non-destructive systems for biscuits online quality controls.