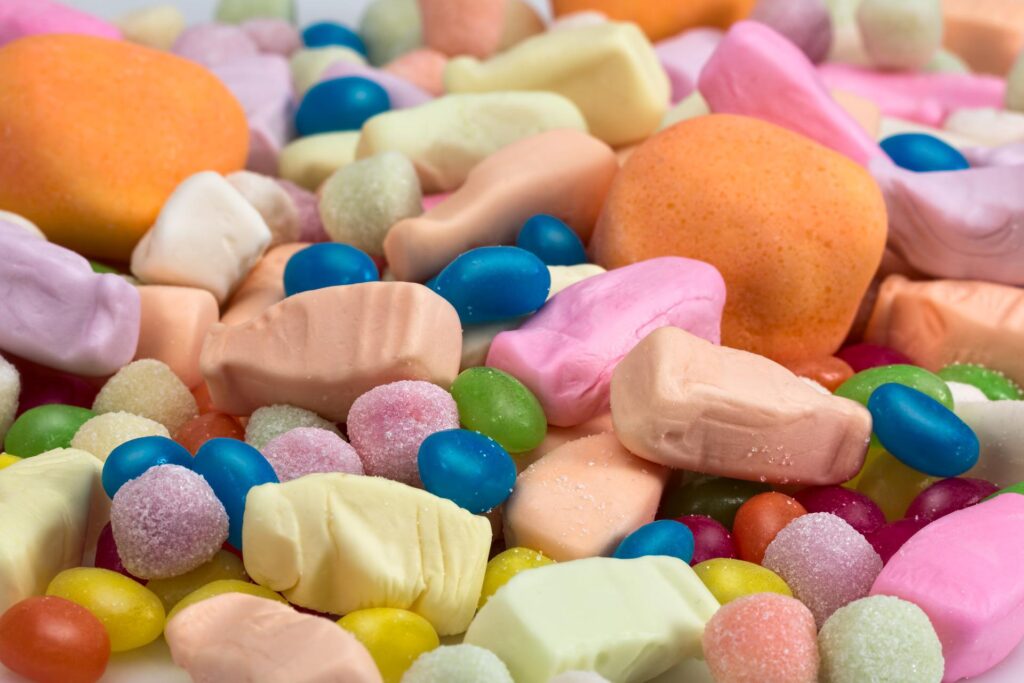 Sugar plays a key role in defining both the flavour and structure of confectionery products. However, high intake of dietary sugars is associated with increased risks of many health problems, such as diabetes. In this context, in a recent study, carried out by a group of international researchers (Su et al. , 2021), an approach was developed to reduce sugar in confectionery gels, without significantly affecting perceived chewiness.

This approach is essentially based on the inclusion of air into the product during the mixing phase of its ingredients. Aeration allowed the formulation of gelatine-based gels with a 23% and 38% reduction in density compared to the non-aerated gel, with mean bubble size consistent across all gels (0.05–0.06 mm). Gels were then submitted to a sensory evaluation, carried out by a trained panel of 10.

The results demonstrate that air inclusion in the samples has no significant effect on their chewiness, a key texture attribute of gummy confectioneries. Furthermore, air inclusions increase the surface area formed during chewing, enabling a faster diffusion of aroma and sugar from the food matrix into the saliva.

This compensates for the reduction in sugar and aroma in the product. In conclusion, the authors argue that with the proposed strategy a clue for the design of the functional products, however, further research considering the changes in polyphenolic compounds is required less calorie-dense products can be produced without compromising flavour by using gel aeration technologies. However, further investigation is needed to test the method on a wider range of gel formulations.

Chocolate and tea leaves are considered the most valuable sources of highly bioactive polyphenols. In this context, the objective of a recent study, carried out by a group of Polish researchers (Gramza-Michałowska et al. , 2021), was the development of chocolate enriched with yellow tea phytochemicals. Results show that the addition of 2.0% yellow tea powdered extract in chocolate increased the value of colour acceptance and caused an intensification of the aromas.

It was also noted that the application of this extract in the product formulation increases its antioxidant capacity. In fact, an increase in the antioxidant activity was found after 3 months of storage, but the subsequent 3 months of storage resulted in its reduction. In general, confectioneries with tea extract addition exhibited better storage stability when the yellow tea extract was used as additive in dark instead of white and milk chocolates.

In summary, the results obtained are useful for the design of functional products with improved functional characteristics. However, further research is required to investigate the profile of the polyphenolic compounds thus obtained.