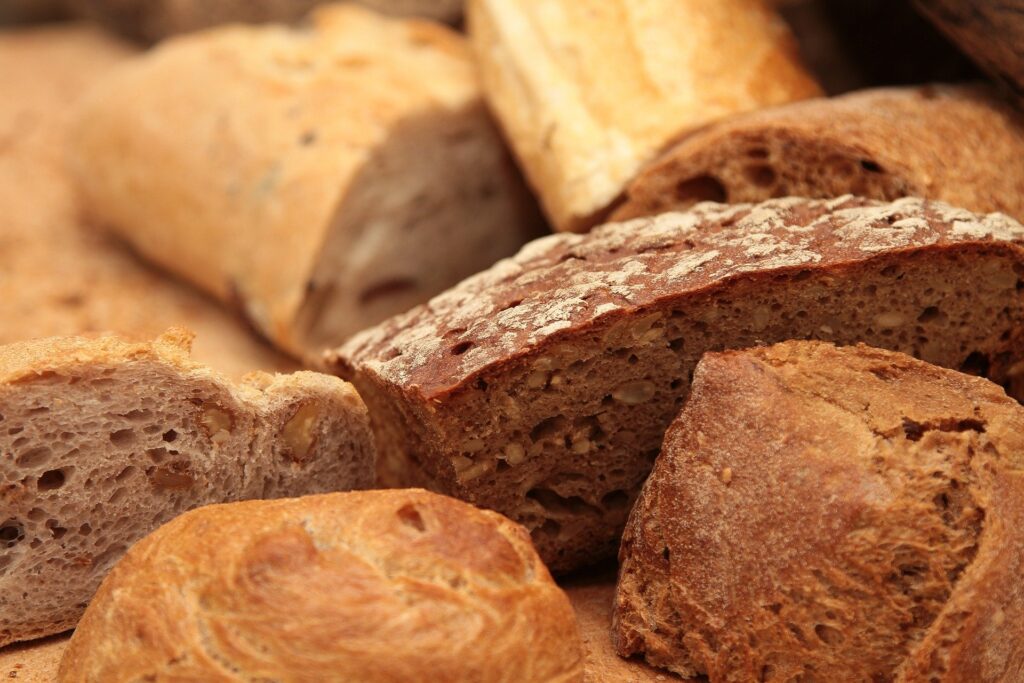 Effect of temperature on the inactivation of deteriorating fungi during bread baking.

Fungi are the main microorganisms involved in the contamination and consequent deterioration of bread. In this respect, a recent study conducted by a group of Brazilian researchers (Garcia et al., 2019), evaluated the kinetics of inactivating different strains of Penicillium paneum (PR3, PR4 and PR05) and Penicillium roqueforti (PR06, PR11 and PR67) during the production of wheat bread in loaves.

The tests were conducted at temperatures ranging within the range generally used by the industry (160, 190 and 220°C). The results indicate that the inactivation curves do not follow first order kinetics. The time required to reach four decimal reductions from the initial microbial population (t4D) is minimal, operating at 220°C for P. paneum. In addition, at the lower temperatures tested (160 and 190°C), the values of this parameter are significantly different between the three strains of P. paneum. Two strains of P. roqueforti (PR06 and PR11) have, on the other hand, the higher t4D values, respectively, at 190 and 220°C.

In conclusion, the authors point out that the different temperature levels used during bread production may allow the survival of fungi inside the product, limiting its shelf-life. The quantification of the inactivation of these microorganisms is, therefore, fundamental for an appropriate definition of the heat treatments to be used at industrial level, with the aim of obtaining a balance between quality and microbiological stability of bread.

Simplified method for the determination of the minimum bread baking time

Bread baking is a complex transformation process during which many coupled physical phenomena occur within the product. For industrial purposes, hence, it would be desirable to have simple methods that allow an accurate prediction of the required baking time. Despite the existing mathematical models that describe in detail the baking process, there is a gap between academic knowledge and industrial practice.

A recent study carried out by an Argentinian researcher (Purlis, 2019) explores three simple methods to predict the minimum bread baking time and compares them with a reference method based on a heat and mass transport model. The first and second method are simplifications of the latter and can be considered as methods based on physical phenomena. On the contrary, the third method is based on a regression equation with three parameters and can be considered as an empirical tool.

The results indicate that all three methods can accurately predict (absolute relative error is 0.30-3.61%) the baking time of French baguette bread used as sample. The authors also point out that the second and third method are easier to implement at industrial level than the first. However, the latter is also useful to predict temperature variations inside bread, without the use of more complex models. Further investigations are still needed to check, for example, the possibility of decoupling the heat and mass transfer for certain calculations, of matter, also simplifying the determination of product weight loss of the product over time.

Useful technologies for the production of bread