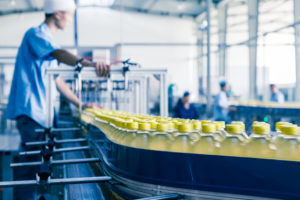 This marks 6.7% growth on 2016. The Italian market continues to perform strongly with a further 8% upturn.

The Italian packaging machinery industry is set to complete another year of growth. According to the preliminary figures published by the Research Department of Ucima (Italian Automatic Packaging Machinery Manufacturers’ Association), the sector’s year-end turnover is expected to reach 7.045 billion euros, 6.7% up on 2016.

Both the Italian and international markets have contributed to these results. Exports continue to drive the sector with international sales of 5.6 billion euros in 2017, 6.3% up on the previous year and an 80% share of total turnover. According to the latest disaggregated data available for the first eight months of the year, all geographical areas have seen strong performances.

The only exception is the African continent which has experienced an overall 6.2% decline. In detail, the best-performing area is non-EU Europe at +14.6%, with 25% growth in the Russian Federation but a two percentage point decline in Turkey. Next comes Central and South America (+17.7%), with 33.6% growth in Mexico and a turnaround in Brazil with +17%. In third position is North America with +12.1%.

The United States remains the largest country of export for Italian technologies with sales of more than 300 million euros, up 6.2%. The European Union also reported an excellent performance (+9.5%), with sales in France and Germany growing by +7.8% and +5.8% respectively. The region confirmed its position as the top area of export by value.Asia and the Middle East, the second largest market for Italian technologies, saw 3.9% growth with China and India both marking up increases of more than 25%.

The Italian market also saw a record performance for the second year running. After an 9.8% upturn in 2016, this year is expected to see further 8.2% growth to 1.4 billion euros. “This is certainly in part due to the Industry 4.0 Plan which has facilitated the adoption of our companies’ most innovative technologies by an Italian clientele, although the market recovery is another contributing factor,” said Ucima’s Chairman Enrico Aureli.

According to the forecasts published by the Ucima Research Department, the Italian market is set to grow on average by 4% annually until 2019. “For 2018 our Research Department expects our international penetration to strengthen further with average growth of +5%,” continued Aureli. “The best performances are projected to be in Asia and Africa with growth of between 6% and 6.5%,” he said.

Packaging efficiently and sustainably with Schubert